Do owning private number plates suggest people have more money than sense? No, it seems!

You've got a couple of hundred pounds or even a few thousand at your disposal and you've been tempted to join the growing club of private plate owners in the UK. So go and buy yourself one! But would that be a good thing to do? Further, what would it say about you?

A whole range of people purchase private number plates with a range of reasons. The classic one is that it's considered an enjoyable way of personalising vehicles. Another reason is that they are often bought as presents for partners or family members and the beneficiaries are always reminded that they are loved when they drive off in their vehicles.

Not convinced that private plates are worth buying? Since the DVLA made them available for purchase in 1989, almost £3 billion has been generated for the treasury (currently about £100 million a year). This of course ultimately benefits us all as a manifestation of roads, services and other useful things we take for granted.

Yet there is still some degree of contempt. Why? There still exists a bit of a stigma in the wake of the Eighties when number plates were the property of the rich, famous and the other so called high class members of society. The public considered this an obvious and tasteless way of exhibiting wealth. However, today, although the disparity of wealth and the social position have not changed, the general perception of plates has changed.

Private number plates were once considered an original article to own but today they are more popular than they have ever been. People are now securing them for various reasons with sales increasing every year. For a start, the range of available plates is more extensive than it was twenty five years ago. In addition to distinctive plates such as MO14 MED, VIP 1 and 51 NGH, there are literally millions of them that although less conspicuous, are still meaningful to the individual in possession of one. In the UK, number plates are more desirable than they are in any other country. 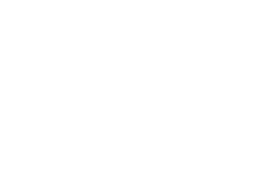 Tempted now? Already interested? Where could you look to secure a personal registration? First, you could try searching our database. It has over 70 million of them ranging from two character registrations such as W 1 through to the latest series, for example, GO67 SUE. If you can't find what you want, you could request Plate Master to bid on one for you at one of the DVLA's auctions where the highest bidder secures the registration.

You could rely on luck and wait for someone to buy you one or inherit one when you buy a new car. And if you didn't want it, you could sell it. Here at Plate Master, we offer a free private plate valuation service.

However, if you want a personal registration that faithfully represents your name, you'll need a lot of money! If you're prepared to settle for one that, at a slight stretch of the imagination, resembles your name, you may be looking at a grand or two. The more common the name, the more expensive - there are more Jones and Singhs looking to stamp their vehicles with distinctive representations of their names than there are Agustins and Engleberts. Accurate representation and high popularity equates to the highest prices. 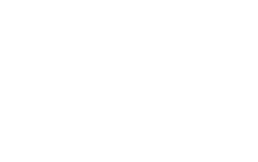 Depending on how popular, you could opt for what would more likely be a cheaper solution and use your initials - the random combination of characters preceding or following the initials removes the distinctiveness and hence the price. Or take a different approach and show off your interests, profession or favourite football team.

The bottom line is that, generally, the more distinctive and shorter a private plate, the more expensive it is. Further, the totally distinguished ones can take you up to a quarter of a million and beyond, for example CK 1 and E 1. In fact, in 2014, the number plate 25 O went for £518K at a DVLA auction, breaking the previous record of £440K for F 1. If you're interested in reg 1 D, you may face competition from its namesake band. If they hang around that is. It sold for £325K last decade. 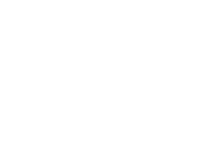 If you're not interested in personalising your vehicle, you could consider purchasing private plates as an investment. With each being unique and a growing market, a carefully chosen one could bring you a good return and... they're maintenance free. Very few people would mock you now. Realistically, you're unlikely to make much on randomly selected ones, but choosing shorter plates or ones with special significance and you're far more likely to profit. Especially in the long run. For example, Plate Master secured SH13 KHS (Sheikhs) in December 2012 for £399 and sold it the following year for £12,500. Consider dateless registrations too and/or ones with popular initials, for example 123 JPS.